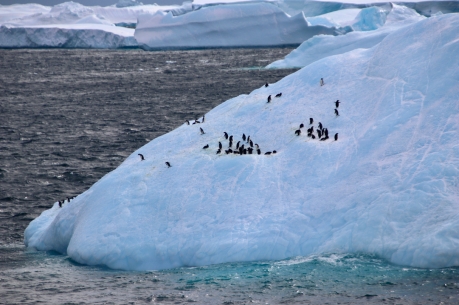 I’m starting this post sitting up on my bunk in cabin D30 – one cabin mate is snoozing, the other is typing. It’s Thursday 28 Feb and we’re chugging across a flat, calm ocean, just a day outside Hobart. We’ll dock on Friday evening, and this big adventure will have come to an end by the time I post this.

It’s time to emerge from the cocoon of the Aurora Australis. In the belly of the ship time moves strangely, slipping by in a blur. I’ll have been on board 29 days – and they’re hard to account for. Changing light and changing time zones increase the confusion. We did a ‘monster clock’ time change this week – on Monday after lunch, clocks jumped forward four hours. Most expeditioners are still trying to get into normal sleep rhythms after that.

It’s poignant being on one of the final voyages of the ship – she’s been doing the Antarctic run for thirty years and is full of history and memory. Sometime next season she’ll be replaced by a much larger purpose-built icebreaker. I’m glad to have sailed on her this time, with the crew that’s run her for many years, and all her creaks and groans and idiosyncrasies.

The AA’s crew has raised money for Camp Quality over that thirty year period, and we did our bit with an auction. Goods ranged from exquisite hand made timber items (clocks, lamps, etc using spare timber from the station) to a genuine Antarctic beard, to one-off experiences – one person bid to be on the bridge for the docking of the ship, able to toot the horn and use the radio, another paid for a behind the scenes tour of the ship, to the parts that passengers don’t see. The Arts Fellows donated naming rights for a TV character, and a signed copy of Stay The Last Dog in Antarctica – which together raised nearly $900. The auction in total raised $25k – not a bad effort for 130 people.

For the first fortnight the ship was stooging (the official term for kicking your heels) around the Antarctic coastline between Davis and Mawson. Although it felt odd to be filling in time, the reality was superb. We cruised through a massive iceberg field, saw magnificent and rare jade bergs, experienced a full-on blizzard with high seas (up to 8 metres) and winds (over 100km per hour). Thanks to the magic of seasickness patches I could even stand up on the bridge during that time, which was exhilarating. At one stage, close to sunset with a calm sea, we were surrounded by whale plumes in every direction – dozens if not hundreds of minke whales feeding on krill. 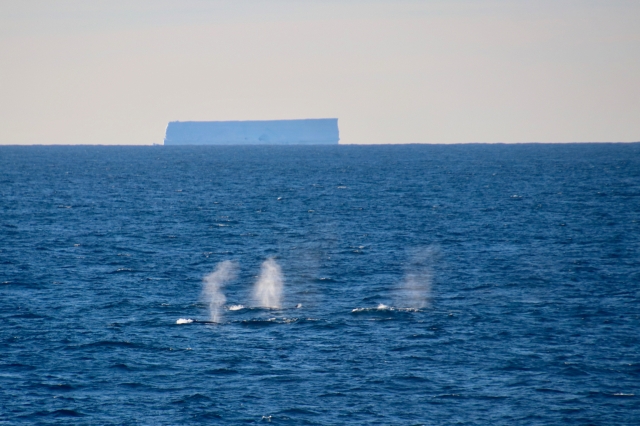 No internet or mobile phone access increases the dreamlike quality of the trip. I’ve loved the old fashioned entertainments – card games, board games, ‘assassin’ where you draw a name from the hat and have to try and catch that person alone to knock them off. The world 500 championship. Pictionary on the mess whiteboard. Evening presentations on people’s work and interests. Movies in the cinema, binge watching TV series. Gym. Long, rambling conversations. Loads of great food. Naps. 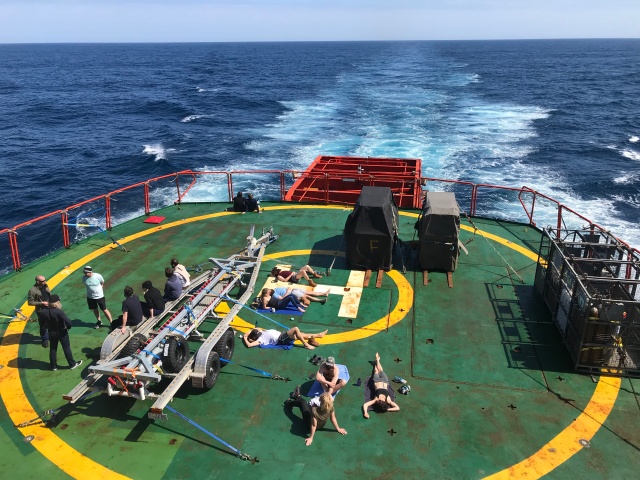 Jane and I have completed two big projects on the ship. We wrote the second draft of our first middle grade Antarctic adventure novel, and the ‘bible’ (blueprint) for the Antarctic TV series. It’s incredibly satisfying to have them done and ready to move to the next step – involving a production company for the TV series, and involving a publisher for the book (and the other two planned books in the trilogy).

It’s been an extraordinary adventure – one of the biggest in my lifetime. Feels like it will take months to absorb it all. I’m feeling such gratitude – not only for this experience, but for my life and loved ones at home – you all feel very precious to me and I can’t wait to see you again. Thanks for sharing the journey. 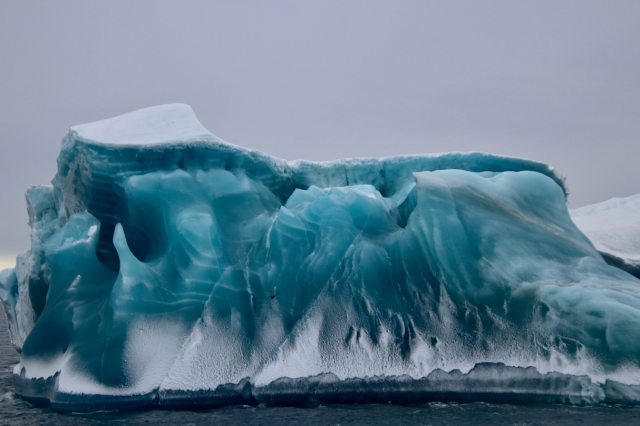