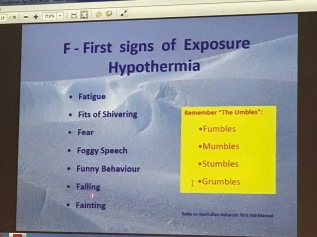 Going to Antarctica is one big roller coaster.

Arrived Hobart Sunday. Two days of training at the Australian Antarctic Division, which mostly consisted of graphic descriptions (with illustrations) of the various ways you can hurt yourself or die. Have now decided to spend four months entirely indoors, watching Antarctica through a window.

We’ve learned how to avoid hypothermia 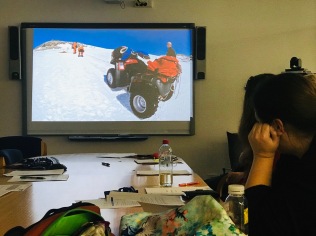 and frostbite, been BMX Bandits on quad bikes in the AAD’s back paddock and spent today cramming four months worth of clothing and work gear (including endless wonderful cold clothing items issued by the AAD) into three soft-sided bags weighing no more than 30kg. (I failed).

It’s 9.15pm and Jane and I are sitting in stupefied silence, aching from forehead to foot after quad bike training, trying to

download the last few audio books and unsubscribe from a million email lists.

Tomorrow the daunting bit begins – setting out to cross the southern ocean. It’s two weeks in the wilderness, away from phone and email and internet – one very big ocean and perhaps the best way to ease ourselves out of the world and into this massive adventure.

It will all go quiet for a couple of weeks now… but think of me and I’ll be back in touch when we get to Davis Station, where we’ll spend a few days before flying over to Mawson in a twin otter. 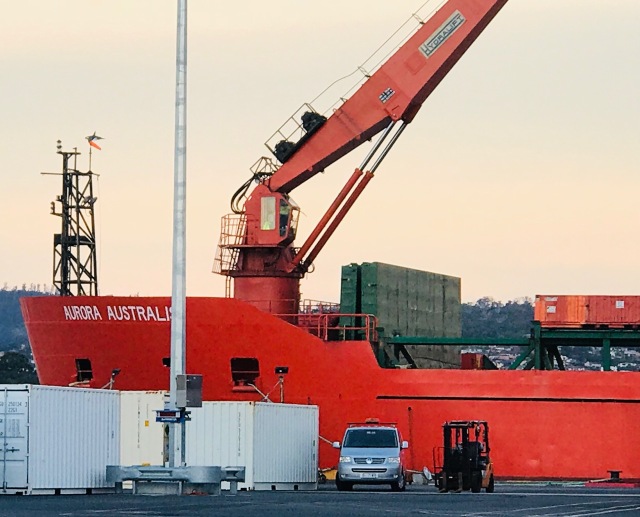