The Next Big Thing Meme

Hello folks. Counting down the sleeps until Chasing the Light hits the bookshops on 1 Feb. The lead-up is probably the best part of the whole thing, before any scary reviews come out or friends start crossing the road to avoid me. I can just sit at home clutching a copy, stroking the cover and muttering ‘my precious…’

I’ve been tagged by historical novelist Kate Forsyth (who incidentally is going to launch my book at Gleebooks in Sydney on 2 February) for “The Next Big Thing Meme”. I had to look up exactly what ‘meme’ means – and it’s a concept that spreads from person to person via the internet. I’m sure you all knew that.

Anyway, it means I answer ten questions about my book that you may not have ever thought to ask, and tag some other writers I know to do the same.

Oh yes, and my website has had a big update – check it out at www.jesseblackadder.com and if you’re not from Australia or NZ, pretend you are and click appropriately so you can read about Chasing the Light.

1. What is the title of your current book?

Chasing the light: a novel of Antarctica

2. What is the one-sentence synopsis of your book?

The race for the first woman to land on Antarctica.

3. Where did the idea come from?

There is almost no historical record about the earliest woman to land on Antarctica, or the women who travelled there in the 1930s from Norway – in spite of the fact that hundreds of women applied to be included in polar expeditions including those of Scott, Mawson and Shackleton. Why weren’t these stories told anywhere?

4. What genre does your book fall under?

Historical fiction, literary-leaning, of the variety inspired by real events.

5. What actors would you choose to play the part of your characters in a movie rendition?

The story follows three Norwegian women who head to Antarctica in the 1930s. Lillemor Rachlew, the dashing one, would have to be played by Hilary Swank (think Amelia Earhart style). Ingrid Christensen would be a Tilda Swinton type but starting to get a little middle aged

spread, and Mathilde Wegger would be Joanne Froggatt, that lovely maid from Downton Abbey – the sort that you don’t realise she’s sweet until you have a really good look. The dashing polar explorer travelling with them could be Ewan McGregor or Eric Bana, and Ingrid’s husband – well, he needs to look blonde and Nordic and rich. David Wenham could give it a shot, with some accent work. But probably better to be Swedish actor Michael Nyqvist. I have spent far too long on that question. 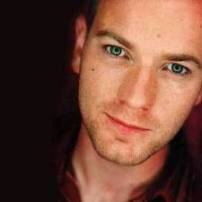 9. Who or what inspired you to write this book?

Finding a picture of Ingrid Christensen and Mathilde Wegger on the way to Antarctica in 1931. Ingrid looked out of the picture enigmatically… how did she feel about missing out on being the first woman to reach the mainland, after four voyages? Why had she been forgotten by history?

8. What other books would you compare this story to within your genre?

US author Andrea Barrett wrote a superb novel called Voyage of the Narwhal about an 1855 Arctic expedition from Philadelphia (searching for the crew of John Franklin’s lost expedition) and the women who are left behind. In Chasing the Light, the women get to go along. I can only distantly aspire to her standard of writing.

6. Will your book be self-published or represented by an agency?

It is published by Fourth Estate, the literary imprint of HarperCollins and I am represented by Sophie Hamley at Camerons Literary Management.

7. How long did it take you to write the first draft?

It includes original research, which I did as part of a Doctor of Creative Arts. Plus I had to fit in two trips to Antarctica and one to Norway. So the first draft took about two years. The second draft took two months, and the third took two weeks. That estimate may involve some poetic license.

10. What else about the book might pique the reader’s interest?

My research turned up new information about who really was the first woman to land on the Antarctic continent. But you’ll have to read it to learn more.

Now – over to the writers I’m tagging as part of ‘The next big thing’.

I’d like to introduce you to Katherine Howell, crime writer extraordinaire, whose sixth Australian crime novel, Web of Deceit, was published last week. Her work is unputdownable.

Everyone else I know who has a book out has already been tagged! So that’s it for me.

Hope to see you at one of the launches.

Living at the easternmost tip of Australia on the caldera of an extinct volcano, Jesse Blackadder is a novelist, freelance writer and Doctor of Creative Arts. She is fascinated by landscapes, adventurous women and very cold places and has published three adult novels and three novels for children.
View all posts by Jesse Blackadder →
This entry was posted in News and tagged Antarctic novel, Antarctica, Chasing the light, Ingrid Christensen, Jesse Blackadder. Bookmark the permalink.

1 Response to The Next Big Thing Meme