Posted on November 5, 2011 by Jesse Blackadder 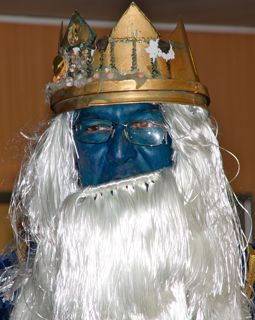 Fealty has been paid to the fearful King Neptune and his terrifying assistants. More than 40 of us knelt on the floor, kissed the fish (yes it’s real), drank of the slimy fluids and were bathed with Neptune’s foul balm. Now I know where the kitchen scraps have been going for the past week. I got off pretty lightly compared to most… I think because I was in the first group, so Neptune had to ramp it up a bit to keep the audience screaming for blood.

Of course the showers were cold afterwards. And apparently it takes days to get the stink out of your hair. That mixture smelt as bad as it looks. And it’s lingering around the ship… 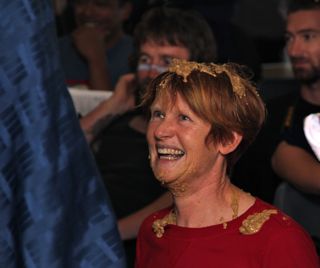 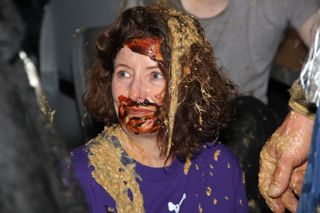 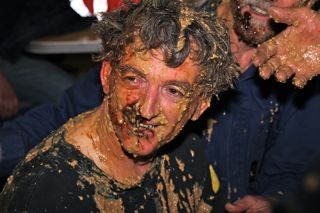 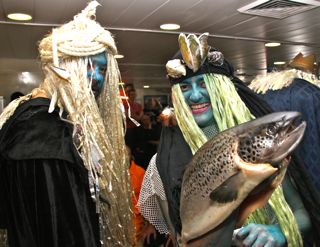 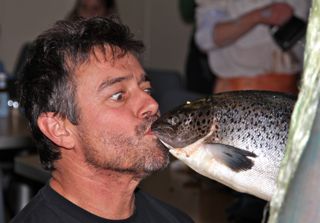